Print Recipe
Curried Celery Fritters
Celery, so misunderstood - The poor thing! Lets better it up. Why is celery so like marmite? Some children spit it out, some adults push it to the sides of their plates and some people wince at the mere thought of it. Yet, the flavours divine most people probably consume it everyday and don’t even realise it. It’s the perfect base to a good sauce, stock or stew, even bolognaise is improved by its presence. Celery contains very little calories yet is packed with goodness. Did you know celery contains androsterone a pheromone released by men that’s said to attract females, did the Egyptian King Tut know this when he was buried with a garland of wild celery? And yet it takes only an ounce of celery seeds to grow an acre of the stuff making it very reasonably priced. 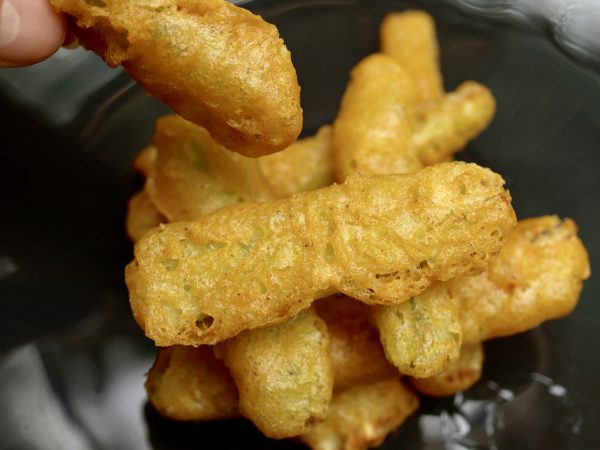 Ice-Creams & Sorbets for all Occasions