Founding Drinks is the creation of husband and wife team (and food and drink lovers), Matt and Steph Brown.

Our vodka journey began in 2010 when Matt travelled to Mongolia to be best man at his brother's wedding. Vodka plays a central role in Mongolian daily social life and the traditional wedding day started by sharing a bowl of vodka. The drink was even included as part of the ceremony itself, which the guests (of all ages) shared! They had to pace themselves of course, but we're pleased to report they did our nation proud in the England v Mongolia international vodka enjoyment ‘competition’.

We started looking into making our own vodka in 2014. We wanted to create a spirit that is the very best and purest that could be made; a vodka aimed at those seeking a drink to savour rather than guzzle. The ultimate vodka! Wild Knight English vodka was the result.

Nelson's Gold followed in 2017. This is a delicious caramelised spirit that has proved to be a real crowd pleaser.

Our ethos is simple - we create authentic premium spirits with real provenance and personality. 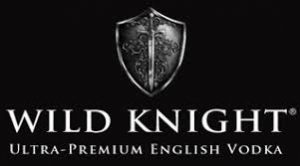